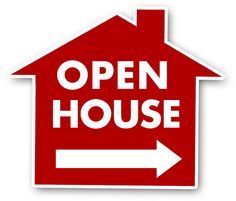 Our house is on the market and we have been doing DAILY Open Houses. It is a short snow bird season for selling real estate here in Florida, so we want to take full advantage of attracting every potential buyer. It’s generally fun talking with all of the nice people who visit and who are contemplating a move. They are excited and it is easy to get excited for them when they see our home and imagine themselves living in this space that we are so very fond of.

But, we have had a few  weird situations along the way that have contributed to my growing sense of “I’m nearly over this”.  One situation is going to be something we laugh about for a long time.

We were visited the other afternoon by a couple that I now refer to as Tetter and Totter. Tete and Tot for short. I have no idea what their real names are or if they were at all serious about buying a house. They did say that they had been visiting Open Houses since morning and this was their last one for the day.

Fifteen minutes before they arrived, Arnie had just headed out to take down the Open House signs for the day when neighbor Phil distracted him with an invitation to come over for a beer. Evidently, Arnie  just switched direction in the middle of  removing the signs and beat a path across the street to Phil’s house for a cold one.  On his way, he took down only the sign in front of our house, leaving me with the impression that I was off the clock for Open House. Little did I know, the signs along the road  were still in place with our address on them, a lure for late in the day lookers.

Thinking I was off duty now and quite alone, I started to change into something more comfortable, threw some broccoli in the steamer and poured a much-needed gin and tonic. It was a sticky Florida day, so I was enjoying the cooling effect of my semi-nude state and a cold drink. I love steamed brocoli and the house was pungent now as it finished up in the steamer. What a relaxing end to a long day of being on-point with potential buyers! I couldn’t wait to sit down, put my feet up and relax.

That’s when Tete and Tot drove in. I couldn’t believe my eyes. I knew Arnie had picked up the signs, so where did these two come from? Now the scramble was on! I grabbed the bottle of gin and the tonic and stashed it quickly in the dishwasher, ran to the laundry and then rescued my shirt to get decent again. Just like magic I made the brocoli disappear in the lower cabinet while spraying the air with Lysol Vanilla room spray. The can assured me that it kills 99% of  germs and odors. Please, God, let that be true I pleaded.

As I took a deep breath and adjusted my shirt into a place of decorum, Tete and Tot reached the front door. I noticed right away that they were clutching each other’s hands and giggling about something together. What a cute couple they made with that little display of affection.  I greeted them and noticed also that they even talked alike.  What is that accent I wondered? Now mind you, I was still rattled from being caught with a messy kitchen and in a half-dressed state, so it is understandable that I didn’t notice right away that Tete and Tot were holding one another upright and that accent was actually an inebriated slur.

We started the house tour on the lanai where Tete promptly stuck her finely manicured nail into the parrot cage and annoyed the bird by chanting, “Coochie, coochie, coo” over and over. “He’ll bite you.”, I cautioned. “Watch out…….he’s a biter.”, I said.  “He’s not safe to pet, he will bite.”, I repeated tensely. She responded, “Will he bite?”  Yes, Tete, he will remove your finger. Kindly get it out of the birdcage before that happens I thought. Oh, this is going to be a long house tour.

We moved on to the kitchen. “It shhmells good in here.”, she slurred, rocking slowing back in forth until she came to a unsteady resting place against Tot. I muttered, “Thank you Lysol. You’ve triumphed over brocoli.”

For the next very long half an hour they slowly toured the rest of the house, shuffling from room to room still holding hands like lovers. Tete commented that she liked  the colors on the walls and asked where I got them. I told her that I had Sherwin Williams mix up custom colors to match some of the artwork we have. Tete gushed, “I love Sherman Willums. Much better than Benaman More.”

I finally managed to shepherd them out the door still clutching tight for stability. The last space left to see was the garage. We have  most everything packed up in boxes, but Arnie still has a few of his decorative signs hanging on his man cave wall. Tete took a long unsteady look, slowly focused her gaze and exclaimed, “Oh! Fenway Park! I love basketball!” I smiled with satisfaction. For once in my long life I knew more about a sports topic than the person standing in front of me. It doesn’t count that she was three sheets to the wind. It was a bright and shining moment for me because it has literally never happened. I am always the most ignorant in the room when the conversation turns to sports, but even I know that they don’t play much basketball in Fenway Park.

“Are you a fan?”, I queried. “Yes, I sure am!”, Tete responded with enthusiasm.  “And I love your husband.” What? Arnie escapes next door for a beer, I entertain Tete and Tot and he gets the love? Just for being a fan of basketball at Fenway Park? Is that fair?

I thanked the tipsy two for stopping by as Totter folded and nudged Tete into the little red sports car to head off to see the Clubhouse. I breathed a sigh of relief that I had dodged a lawsuit if the two of them had tipped over together in a heap on the living room floor. As they left, she leaned out the window , waved and yelled, “I just love your husband!” Yup, me too. Hope he’s enjoying that beer with Phil.

That was the last showing we had before we left for two days to go to our friends home for Christmas.  It was a welcome break from the daily grind of keeping the house neat and clean all day. On the drive back home,  I commented to Arnie that I was pretty proud of us that we left the house in a pristine state so that the next morning, all we had to do was put out the signs and open the front door to welcome visitors. There wouldn’t be anything to do! Or so I thought.

When we walked through the door, we were greeted by an overwelming stench. It smelled like something had died under the house. Here in Florida, that’s not uncommon. We have lots of critters that like to make their final resting place in the sand under the houses. This is not going to be good at all for tomorrows showings. The Pest Control companies make a living of fishing out possums, armadillos, snakes, etc from the dark recesses.  It could be almost anything but it sure did smell bad!

We had to locate the body. Like a couple of bloodhounds, we sniffed around trying to pinpoint the origin of the problem. It didn’t take too long to narrow it down to the general area of the outside kitchen wall. Maybe it wasn’t under the house? We tore out everything in the cabinets, under the sink and Arnie even gutted the dishwasher and bleached it. No luck. As we were putting things back into the cabinets, Arnie discovered the culprit. You may have guessed by now that a full head of rotting steamed brocoli left stuffed in a cabinet  for the better part of three days can create quite a stench. Lysol came to the rescue once again. I really need to write a thank you note to that company.

Tete and Totter’s visit did create some havoc, but here we are again this morning with the front door open and ready to greet the next set of weird and wonderful people who want to move to Florida! Hi folks, watch your step and come on in!