We are packing to go to one of our very favorite spots in Florida to spend a few days unwinding after the busy holidays. Kissimmee Prairie Preserve is a remote state park that offers quiet and solitude. It is a perfect place for quiet reflection.

Thus, it is puzzling how Arnie and I managed to get ourselves into one of the most stressful situations we have had while camping while visiting this wonderful park.

Like all beer-related  situations that folks get themselves into, this one is funny now. Not so funny then. We were still working and very much looking forward to a nice long weekend away from the grind of work. We traveled down to the Fort Drum area, entered the preserve and set up camp. Breathing a sigh of relief, mostly due to the fact that there’s no cell service or wi-fi and none of my crazed condo customers could get a hold of me, we settled into the camp chairs to unwind. It was off season and hot, so a beer sounded ever so refreshing after setting up camp in the heat.

Now, Arnie will have an occasional beer and I hardly ever make this my beverage of choice. But, as I mentioned, it was hot. Florida hot. As dusk began to descend, I popped us a cold one. That went well, so I I hopped up and got us another one. Then another. What the hey…….just one more. By now, the world is an exceedingly beautiful place, we are in love, there’s no phone, no other campers and we can sleep in tomorrow morning.

“Arnie, the camper’s locked.”, I reported with only a hint of my rising panic. “How did you do that?” said my husband with the gift for saying just the wrong thing at the right time.  “How did I do that?”, I queried testily.  “Well, you are the one who’s been getting the beer all night.” he stated factually. Now, girlfriends, you all know that facts are immaterial in situations like this. Facts only throw fuel on the fire.

Arnie, who is a veteran of dealing with me and my assortment of baseless anxieties quickly changed tactics and moved away from facts to something more appropriate. He moved directly to problem solving. “Just get the spare key out of the truck.” Instant relief flooded over me as I now zig-zagged to the truck, reached for the door handle and pulled. I nearly fell over backwards. It’s locked too.

Back to facts. The camper is locked. The truck is locked.  The cell phone (which with no reception anyway) is in the locked camper with the truck keys. There are no other campers foolish enough to camp off season in this remote location. The Rangers office won’t open to morning.The two dogs and the parrot are inside doing the Potty  Dance. The bugs that come out at night are now out and we taste good. And we are so screwed.

We desperately circled the camper to identify our options. We hated to cut the canvas on the end and we had no sharp object anyway. We could gnaw our way through it, but dentistry is so expensive. Our dogs are not tall enough to flip the latch like Lassie, so they are no help. No windows were cracked. What are we going to do?

Arnie is not the cussing type, but this one called for some expression of frustration, so he kept channeling his Dad, repeating, “Son of a whore !” I am not sure how it helped, but if you believe in magic, as I do, I am considering this epitaph to be some sort of incantation. He uttered the magic words and suddenly he had a bright idea. Check the cargo bay. “Son of whore, it’s open!!!” Either the magic worked or the beer wore off due to the adrenaline.

We dragged everything out of the cargo hold and pounded out the supports holding up the coach inside. Surveying the less than cavernous opening. I decided that it would be best for me to try to wiggle in first. Surely I would fit better  Wrong. My hips would not go past the first 2 x 4. So, Arnie once again muttered the magic incantation. “Son of a whore ! “, he said as he dove head first into the narrow space. I saw him twist and wiggle and miraculously, he began to disappear into the void. Somehow he managed to squeeze himself in and up into the camper, all the while being greeted and licked by two very happy little dogs.

Seeing that door open up from the inside was sweet relief. But the sweetest relief is knowing that magic does exist. Just channel your Dad and let that epitaph rip. Your fondest dream will come true.

See you at Kissimmee Prairie Preserve this weekend and be sure to bring the beer! 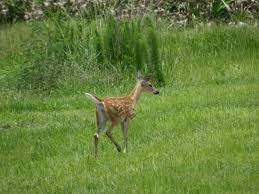 2 thoughts on “Kissimmee Prairie Preserve; Three Bottles of Beer on the Wall”